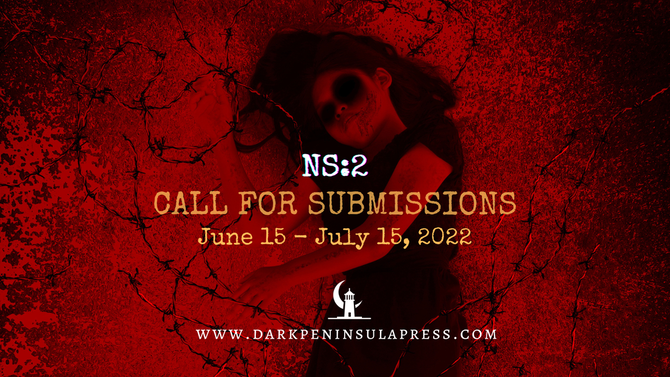 Our third anthology, Negative Space 2: A Return to Survival Horror, will once again focus on the survival horror genre of video games, made popular by such legendary franchises as Resident Evil, Silent Hill, and Dead Space. Although the term "survival horror" was first coined for Capcom's 1996 release of Resident Evil, it is now a widely used term in video game verbiage. Overall, our main goal of this anthology is to incorporate elements of the survival horror tradition into narrative fiction writing.

So, what kind of stories are we looking for this time around? Exactly the same as last time. We want stories featuring characters trapped in hostile environments. We want stories full of deadly monsters, makeshift weapons, and unspeakable horrors. We want stories that start with events already in motion, or in media res, and with characters facing ever-increasing odds, relying on their wits and skills to survive.

We're looking to publish around twelve stories for this anthology. If you want to read more about what survival horror is, check out our first submission call HERE, or read the first book in the series, Negative Space.
Influential Games/Series: Resident Evil, Silent Hill, Clock Tower, Fatal Frame, Dead Space, Rule of Rose, Siren, Parasite Eve, Amnesia, Haunting Ground, Obscure, Tomb Raider (2013 reboot), Eternal Darkness, Outlast, The Evil Within, Tormented Souls.
Influential Novels & Novellas: The Mist by Stephen King, I Am Legend by Richard Matheson, Off Season by Jack Ketchum, Bird Box by Josh Malerman, The Shadow Over Innsmouth by HP Lovecraft, The Terror by Dan Simmons, The Girl With All the Gifts by M.R. Carey.
Influential Movies/TV: The Descent, The Thing, Alien(s), Cube, Predator, Crawl, Night of the Living Dead, Deliverance, Jaws, Rogue, Wrong Turn, Green Room, The Edge, A Quiet Place, 28 Days/Weeks Later, Open Water, The Ruins.
Back to Main Submissions Page:
Note added on 9-4-21: Deadline has been extended by a month (now open from Sept 1 to Oct 31, 2021), just to make it easier on those wanting to submit. There are a lot of great submission calls opening from other publishers, so we want everyone to have plenty of time to write and/or polish something up. Good luck!
Note added on 5-20-22: Reopening to submissions soon. Looking for 6 - 7 stories to fill out the TOC. Send us your killer survival horror story. Would really love to see a lot more stories from women authors!
Note added on 6-28-22: Bid date is extended by 2 weeks! Now open from June 15 - July 15, 2022.